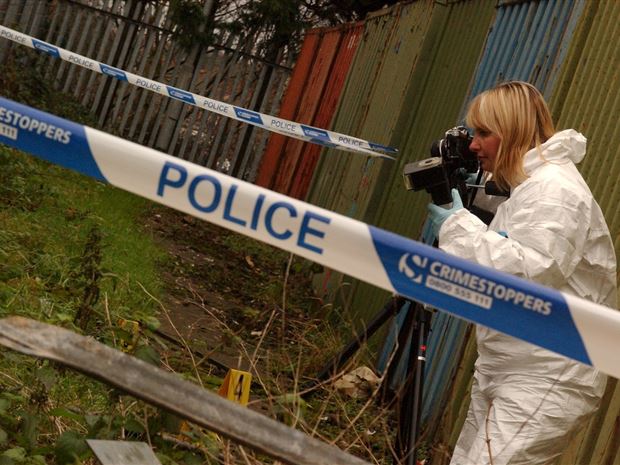 A recent study reveals the most dangerous areas of crime in London. So, which London boroughs have the highest levels of crime?

We recently updated all of our crime statistics based on a lot more recent crime stats. Now our crime data is the most recent available from the Home Office. With this new data we decided to find the most dangerous boroughs of London.

It was difficult deciding how to rank crime from borough to borough due to multiple factors such as borough size and number of residents. We chose to rank crime by Crimes reported per borough area (Cases/km²) in the past year of available data (July 2012 - July 2013) as it would indicate an area more dangerous for you to visit as well as just reside in.

Westminster has the highest crime rate not only in London but in the entire nation with 6,840 crimes reported per km2 in a year. Having said that, this borough is a major tourist and commuter area for London and so there will be many more people present in the borough than most. So in that case, more people per km² makes it inevitable that it will have the highest crime per km² too. So if you are visiting London's popular tourist borough, be vigilant and don't be end up on our crime data! The crime hotspots of Westminster are: St James's, Marlybone High Street, Bryanston and Dorset Square and Hyde Park.

A decent distance behind Westminster is the slightly north of Central, Islington borough with 4,540 crimes reported each year per km². Not a tourist hotspot this unfortunately just a borough with a high crime rate. The areas to steer clear of are Bunhill, Finsbury Park, Caledonian, Barnsbury and Highbury West.

Destroying the myth of expensive areas being free from crime is Kensington and Chelsea that ranks as the 3rd highest crime Borough of London out of the 32 boroughs with 4,000 crimes reported per km² per year. Crime hotspots are: Brompton and Earl's Court.

Camden is popular with tourists and nightlife seekers as well as residents, which perhaps explains which it is the fourth most crime ridden borough of London with 3,850 crimes reported per squared km last year. Again this is one of the most expensive boroughs of London to buy property in. Highest crime areas to stay vigilant in are: Holbron and Covent Garden, Camden Town and Primrose Hill, Bloomsbury, Regent's Park and King's Cross.

Hackeney is a newly popular are of slightly East London and is unfortunately stricken with one of the higher crime rates at 3,680/km² in the past year. Recently with a surge in new media firms setting up office in Shoreditch and farmers markets and independent cafes enriching areas like Dalston and Hoxton, Hackney has become rather trendy. This recent trend hasn't totally removed Hackney's past reputation. This could of course be looked at as edgy for the urban cool who are currently flocking here, but if you are one of those please be careful, particularly when in: Haggerston, Dalston, Chatham, Queesbridge, Hoxton and Hackney Central.

Lambeth contains Brixton, which has had its fair share of trouble over a number of decades but it definitely fall down this crime list of high crime in London with 3,410 crimes reported for every km² of Lambeth in the past year. Similar to Hackney though, Lambeth has become very popular with young trendy Londoners recently seeking an edgy vibe in Inner London. Brixton and Clapham have become very popular in recent years pushing housing prices high enough to spill into neighbouring are in Lambeth such as in these crime hotspots: Coldharbour, Clapham Town, Oval, Bishop's and St Leonard's.

Tower Hamlets contains a lot of the "East End" and lies just east of City of Londonand has quite a high crime rate reporting 3,360 crimes per km² for the past year. The highest areas of crime in Tower Hamlets are Spitalfields and Banglatown, Weavers, Whitechapel, Bethnal Green North and South and Millwall.

Hammersmith and Fulham is based off into West London and is very popular with London's younger residents. It is a fairly expensive area of London but as we have learnt from Kensington and Chelsea and Camden it does not make it free from crime with 2,990 crimes reported last year for every km² of land. The worst areas of crime are: Shepherd's Bush Green and Hammersmith Broadway.

Southwark is number 9 in London's crime list with 2,860 crimes reported last year per km² and sits just south of the river. It can expect and uplift as the younger trendier residents searching for homes in London become priced out of areas such as Brixton and Clapham and go for neighbouring areas in Southwark such as Streatham. The most dangerous areas to watch out for in Southwark are: Cathedrals, The Lane, Chaucer, Grange, East Walworth and Camberwell Green. Something that should probably be noted is that Peckham Rye and Nunhead are no longer particularly high in crime in Southwark.

Newham contains most of the Olympic Park and Olympic Stadium and sits further east than Tower Hamlets. It has the 10th highest rate of crime with 2,300 crimes reported per squared kilometre in the past year. Highest crime areas of Newham are: Stratford and New Town, Beckton and East Ham Central.

How to find where you should live

Most dangerous boroughs of London

So there is the list of the highest crime rates in the last year of London Boroughs based on crimes reported per squared kilometre of land. These rates may sound high in some cases but please remember very few of these crimes are classed as violent crimes and many crimes can be antisocial behaviour. Remember when visiting tourist areas, such as Westminster, pickpocketing can rise so keep your wits about you and stay vigilant as you should do in any major city.

What do you think?

Have you been to any of these are? Have you been a victim of crime in London or have you ever felt threatend? Maybe you live somewhere in London and you feel very safe. Please let us know your thoughts on our crime list.

How can you find a safer area of London to live in?

Findahood early loves London but some places, as in all cities are less desirable than others. Findahood can help you find a good hood, where you describe your ideal location and we'll find you somewhere to live based on your individual criteria for free!

Once you've found an area that you are happy with simply visit our property page to find a property and get in touch with an estate agent.

What is a neighbourhood watch scheme?

Three things burglars are thinking that you're not

How to protect your home from burglars

Plus many, many more on our article page