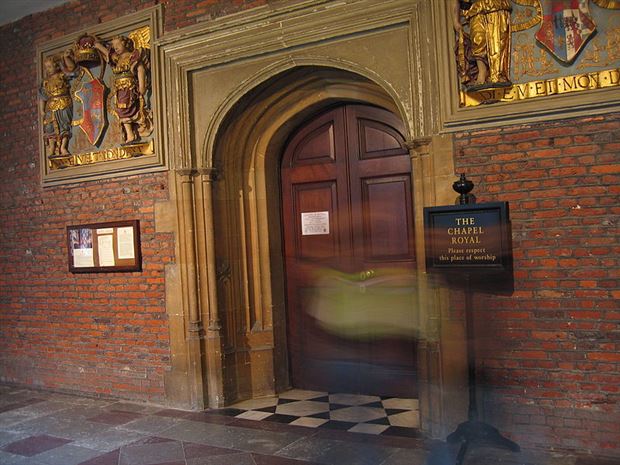 Hampton Court Palace built in 1525 located in Richmond Upon Thames, is one of the royal palaces of London. Once the home of Henry V111 now it is a major attraction for people visiting London.

However this palace also has a rich history of ghosts and hauntings, it is rumoured that two of Henry V111's wives Jane Seymour and Catherine Howard both haunt the palace.

The ghost of Jane Seymour has been spotted numerous times. She died in Hampton Court Palace following complications after childbirth. She is said to appear on the Silver Stick stairs carrying a candle on the anniversary of her son's birth, Prince Edward.

Aged just 19, Catherine Howard was beheaded for adultery. Before her sad demise it was rumoured she broke free of the guards taking her to her death and ran along what is now the Haunted Gallery to beg the king for mercy. This is where she is said to appear, running along the Haunted Gallery begging for her life.

There is also the ghost of The Grey Lady, a loyal servant Sybil Penn. She died in 1562 after catching small pox and as a reward for her unwavering devotion to the monarchy she was buried nearby in Hampton Church. However in 1829 her grave was disturbed which set off a series of unexplained occurrences. A grey lady was seen on numerous occasions walking the corridors of the State Apartments and Clock Court.