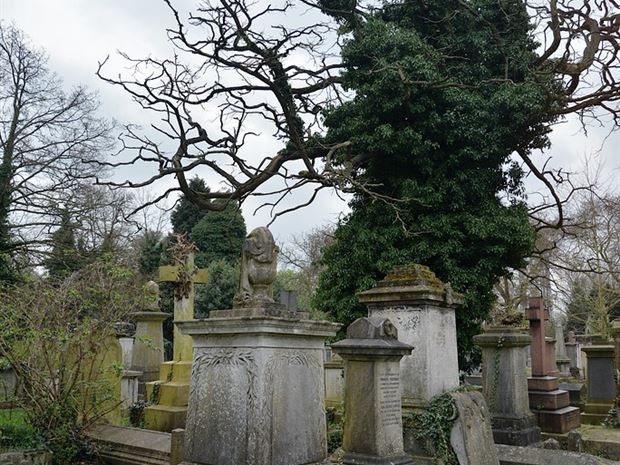 During the Victorian Era, London was hit with high mortality rates, cholera and rapidly increasing population rates. This caused an overflow of the dead. To cope with this a series of cemeteries were constructed to deal with the dead, these became known as the "Magnificent Seven." Highgate Cemetery is perhaps the most famous due to its high number of prominent and notable Victorians buried there and ids often used as a film location.

Today we will be looking at Kensal Green Cemetery opened in 1833 and still in use today it comprises of 72 acres of ground housing over 65,000 graves and mostly gothic in terms of architecture.

The graveyard boasts an impressive 140 plus listed buildings and monuments. Nowadays it is home to many notable people of the past; W.H.Smith, Isambard Kingdom Brunel, Wilkie Collins, Anthony Trollope and William Makepeace.

This is the perfect Sunday afternoon activity for when you need a bit of peace and quiet from the hustle and bustle of London.