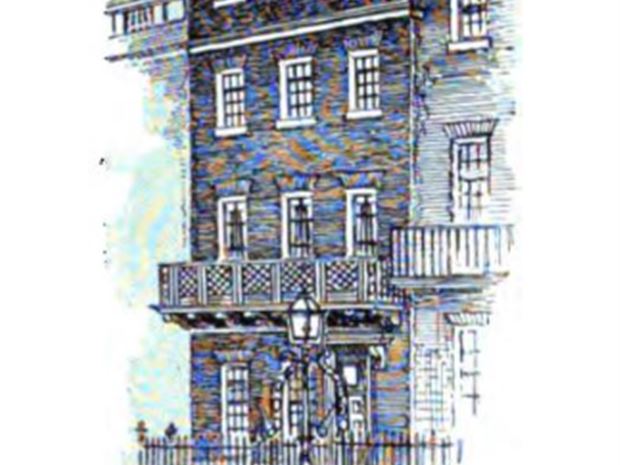 In the exclusive Mayfair suburb of London is a haunted Georgian town house which achieved notoriety in the late 19th century. It is believed that the attic rooms are haunted by a young woman, Adeline, who committed suicide. It was said she threw herself to death from the top floor window after suffering years of abuse form her uncle. Her ghost is said to be able to frighten people to death.

Even today people are warned not to enter the top floor of the house, whose appearances remains unaltered through time.

Tragedy seems to strike many of the residents of 50 Berkeley Square eventually the house was abandoned. It was widely reputed to be cursed anyone who lived there.

A young man, Mr Myers, once lived there purchasing and decorating the home lovingly for his fiance. After her rejection he was said to have become a recluse, nearby residents would only see him walking around the house through their windows. It was sad he went in there all alone.

In 1872 Lord Lytteldon decided to spend the night there after hearing the macabre rumours of a spirit dwelling in the attic. In the night he was attacked by a dark mass and fired serveral rounds but no trace of the intruder was found in the morning.

By 1873 the building had remained empty for many years people had stayed away. There were many reportings of screams coming form inside and the heavy moving of furniture even though there were no human residents inside.

No one is immune form the Nameless spirits that resides inside. Former Prime Minister George Canning lived there for many years until his death in 1827 and often experienced strange unexplained sounds coming from the house.

Soon many people became too afraid to sleep in the haunted house. Up for a challenge, one young man agreed to stay overnight the house alone but was found dead the next morning.