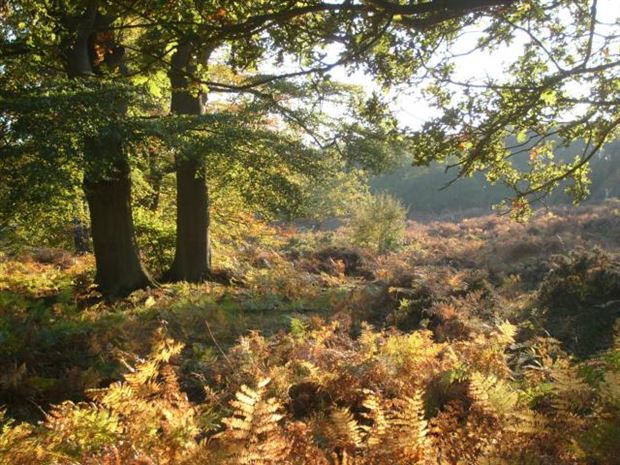 There's no better place than London to celebrate Halloween and all things spooky!

Epping Forest, located on the borders of London and Essex has more than earned its place as London's spookiest forest. Its been used as a hideout from all sorts of infamous figures. Dick Turpin once used the  6,000 acre forest as a hideout from the law. It is said he still haunts the Loughton Camp area. The fierce Celtic warrior, Queen Boudicca of the Iceni tribe who fought off the Romans also used this forest. There are many tales of her ghosts spotted in the forests.

With a history dating back to the Iron Age with stories of it being the site for many Roman battles, Viking Invasions and notorious highwaymen such as Dick Turpin. It was also once used as Elizabeth's 1st hunting ground and is home to over 100 lakes. It also has a long history of murder and crime. Epping Forest, for centuries has been used by criminals as recently as the Krays, as a dumping ground for bodies buried in the dead of night where they still remain undiscovered.

Epping forest also has a history of witchcraft practised in secret throughout the centuries.

The forest has earned its spooky reputation with high levels of reported poltergeist activity. People visiting the forests have experienced many strange things such as being pushed or touched by unseen hands. Many ghosts have also been spotted particularly at Hangman's Hill where you will often hear terrifying screams.

A particularly sinister spot in Epping Forest is the Suicide Pool, which is said to possess an evil atmosphere. The locatation of this pool remains secret but is ingrained in local folklore. It was said that a young couple having an affair used this site as a meeting place until the girl was found by her father and thrown to her death in the pool. Her lover, broken-hearted, killed himself in the same spot and since that time the water turned dank and no birds or animals have ventured near the pool.