31 Days Of Halloween in London - The Grenadier 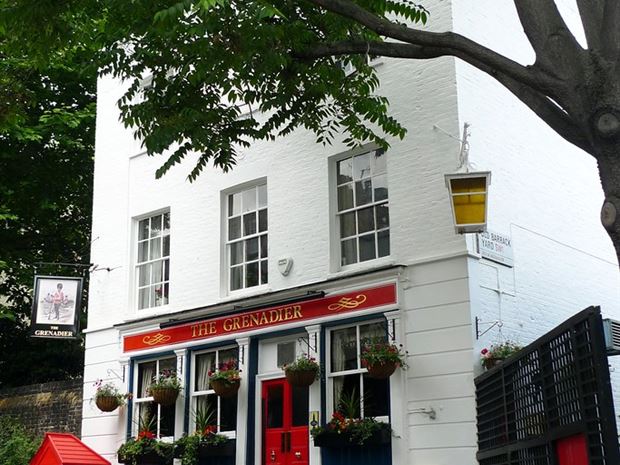 Located in the wealthy area of Belgravia, London this pub has stood for hundreds of years. Built in 1720 it was originally an officers mess of the British Army. In 1818 it was opened to the public under the original name of The Guardsman.

A very popular drinking spot, its patrons range from the Duke Of Wellington, King George 1V to Madonna. It still retains its olde worlde atmosphere and even boasts its very own ghost.

Legend says that the Grenadier is haunted by the ghost of Ceric, a subaltern who was beaten to death when he was caught cheating during a tense card game within the pub. In his honour the ceiling of the bar is now covered in bills to help Ceric pay off his gambling debts.

After he died unusual activity was detected here. Over the years people have reported sightings of a figure who disappears into thin air. Objects move of their own accord. They are many incidents of chairs rattling on their own and even moving across the floor.

Even to this day the staff complain of a otherworldly presence lurking in the cellar. Some have reported hearing ghostly footsteps and sighs when alone down there.