31 Days Of Halloween in London - The Old Queens Head Pub 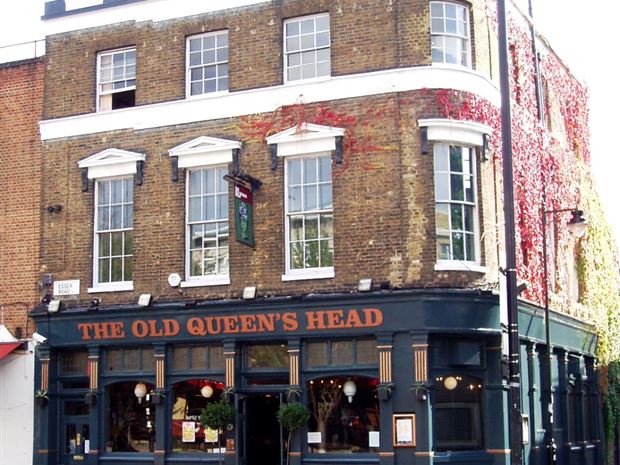 The name alone gives this pub a spooky feel! Located in Islington, north London, it is a traditional English pub dating back to 1830, although before the current one there was a much older pub in the same spot dating back to at least the 16th century reputed to have once been owned by Sir Walter Raleigh.

Many paranormal investigations have been conducted here due to its unusually high levels of supernatural activities. To date there are three ghosts associated with the Old Queen's Head.

The Old Tudor Woman makes her ghostly appearance on the first Sunday of each month, she has been spotted many times by both the staff and customers walking around and slowly fading away.

Sir Walter Raleigh who was once believed to have owned the pub also haunts the pub. He is often seen in the bar dressed in Tudor style clothing before quickly disappearing.

The stairs of the pub leading up to the second floor are said to be haunted by a little girl who likes to follow people as they take the stairs. She is considered a friendly spirit prone to giggling but has been known to occasionally slam doors and break glasses.

Today this pub remains as popular today as it was back then, even with the ghosts. It still retains its traditional atmosphere as well as serving great pub food. It now hosts DJ nights and many famous bands.