31 Days Of Halloween in London - The Spaniards Inn 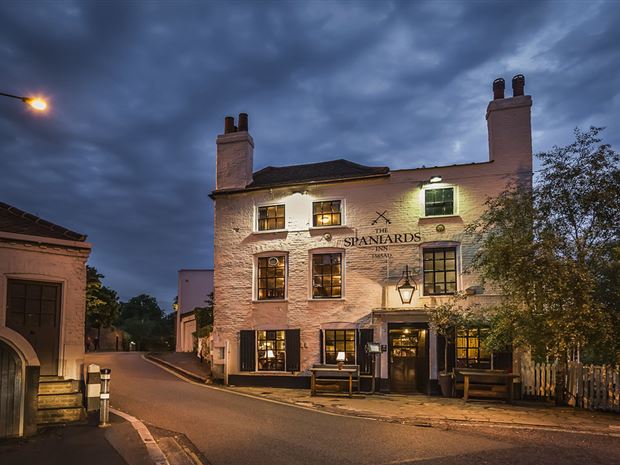 There's no better place than London to celebrate 31 days of Halloween!

I think we can all agree that there's nothing better than ghost hunting with a pint in hand. London has many haunted inns that have stood for centuries.

The Spaniards Inn, located between Hampstead and Highgate is a grade 11 listed building dating back to the 17th century. Even today it is still a very popular pub with its olde worlde atmosphere and epic beer garden which offers views over London and even Windsor Castle.

Past regulars include the legendary highwayman Dick Turpin, his father was once the landlord. Other regulars include many poets such as Lord Byron and John Keats. The pub has been mentioned in many iconic works of literature such as Dicken's The Pickwick Papers and Bram Stoker's Dracula.

The Spaniards Inn is possibly most famous for its reputation as a hunted inn. Dick Turpin, who once used the place as a hideout, is rumoured to haunt the upstairs room. A shadowy figure is often seen and for some reason does not like to venture downstairs. Another ghostly resident is Black Dick, a money lender killed outside by a horse and carriage. He is said to pull the sleeves of unsuspecting drinkers.

Ghost sightings are still being reported to this day, many of the pubs bar staff complain of unusual activity such as sudden drops in the temperatures upstairs, unseen footsteps and objects moving by themselves. People often complain of a sinister atmosphere