31 Days Of Halloween in London - The Spriggan of Parkland Walk 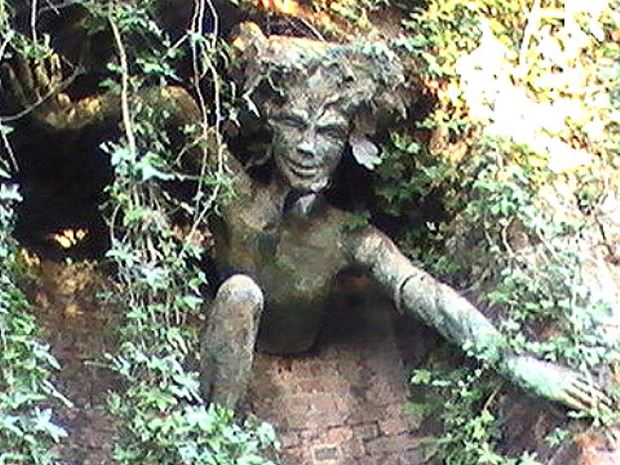 The Spriggan of Parkland Walk

Parkland Walk is a nature reserve that runs along the course of an old railway line that ran between Finsbury Park and Alexandra Palace. Since the railway line was closed in 1970 nature has crept in and the park is now a haven for wildlife, birds, bats, hedgehogs, squirrels, foxes and even deer.

It is very popular with the local community but also has a spooky past. Some of the old stations and platforms have been left in situ creating an eerie atmosphere.

There is also the sudden appearance of a Spriggan who watches over people. For those who haven't heard of these mythic creatures from Cornish Folklore. They are small trickster faeries that like to steal and scare the human folk. Tales recall that these creatures can rapidly expand in size to that of a giant.

For years no one knew how the Spriggan came to be, but the truth is stranger than fiction.

It was revealed that it was made by a local artist, Marilyn Collins, who was inspired after hearing tales of a goat-man who was said to have haunted the walk during the 1970's and 80's.