31 Days Of Halloween in London - The Ten Bells 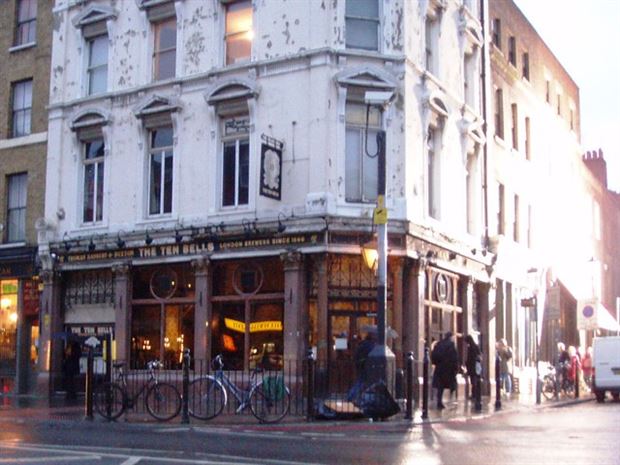 The Ten Bells pub now serves as a reminder of London's dark history, that of Jack the Ripper. It has existed since the mid 18th century and now sits on the corner of Commercial Street and Fournier Street in the heart of Spitalfields the heart of East London. An area once plagued with poverty and violent crime.

The Ten Bells has long been associated with Jack the Ripper and tow of his victims, Annie Chapman and Mary Jane Kelly. the latter his final victim. It was rumoured that Anna Chapman had drunk her last drink at the pub before going out and meeting her killer. Mary Jane Kelly, a local prostitute was said to work the area outside. Her mutilated body was found near by the next morning. Was this pub also a frequent watering hole of the monster himself?

It is said that the ghost of Annie Chapman now haunts the pub along with two other unknown spirits. She has often been seen sitting at the bar and also sometimes manifests as a cold breeze. Ghostly appearance are still often reported.

There have also been supernatural occurrences upstairs which was once used as a living area for staff. A Victorian era man has been seen up there many times. He likes to crawl into bed with the living. When he smiles with black teeth he he vanishes before they can speak with him.