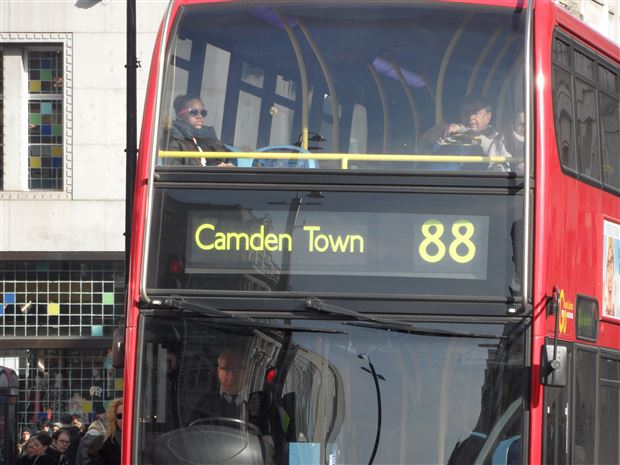 It is impossible to dismiss the benefits to tourism and certain aspects of the wider economy thanks to the increase and reach of Airbnb, who are able to offer – in most cases- reasonable accommodation at more affordable prices. It has also allowed those with extra space in their house to earn an extra income while extending their hospitality to those in need. With each of these positives, there is a parallel negative. Where are costs cut? How is it regulated? What would happen if a serious incident occurred? What impact does converting private rental domiciles into short-term lets have beyond the tourism industry?

An article from an American satire publication, perfectly summarised how Airbnb has modified the hotel and rental business with its outline of the approach Airbnb has had to its position in the global market. “Airbnb is both a hotel business and a real estate empire. The competition has to be one or the other because of regulations. Two: by claiming to be a magical, sharesy unicorn, instead of a hotel or a landlord, Airbnb ducks the hotel and housing taxes, safety requirements and accountability”. It is this threading of two lines that has put Airbnb under the scrutiny of governments and local communities, such as AirbnbWATCH, a project to highlight those abusing Airbnb to run ‘illegal hotels’ in residential properties around the world.

This issue has risen to prominence in cities across the world and particularly in London, San Francisco and New York, where extortionate pricing that far outweighs the average earning potential has created housing crises. It would be unfair to apportion all the blame on Airbnb and similar outlets, however it would not be misleading to highlight the negative impact they have on this issue.

In London, 41% of all Airbnb listings are owned by hosts that have another rental listing in addition to their original. These would go to show that, on the contrary to Airbnb’s initial usage and main positive point, of creating an extra income for hosts while away or with an extra spare room.  These properties being rented fulltime are potential private rental homes that have been removed from the market and left an already failing market even harder to crack for Londoners.  It may seem like an over-reaction however in June 2016, a New York study concluded that yes, even a small number of homes either taken off the market or used in this way alters the market rate in a so-called ‘hot’ borough. The ‘micro-entrepreneur’ nature that these Airbnb owners take is seen at its extreme in Vancouver, where 1,215 of its 3,473 Airbnb rentals are controlled by 381 hosts.

Until most recent months, little has been done in the UK or abroad to regulate the use of Airbnb. In fact, many argued that the governments introduction of a £1000 tax-free income allowance for online activities, a description that Airbnb works under, encouraged the hosts to increase their activities with the site. Policy Director of the Residential Landlord’s Association (RLA), David Smith, suggests that this ‘will only serve to hit the hardest those young people and families who most need a growing private rented sector.’ In a generation where affordable housing is out of reach for many, pushing affordable renting spaces out of reach also is certain to end in disaster. The reach of Airbnb in disrupting the rental market has continued far beyond the more financially accessible end of the market. A Mayfair estate agent has continued to see a rise in landlords exchange private rental agreements for Airbnb earning potential as properties remain vacant on the market in areas such as Kensington and Chelsea, for an average of 107 days. This represents a large income that landlords had previously been missing out on, however it does not help the market stagnation. With fewer options on the market, across all price brackets, there will be an inevitable decline in the number of privately rented properties available therefore causing known-on effects to locally supported amenities.

In actions taken against Airbnb across the globe, Greece became one of the first nations to approach Airbnb head on to change the way they acted in their country and to provide the government with usage data which would help the government crackdown on the abuse of Airbnb rentals. At this time Airbnb, refused to hand any of this data over and was free to continue working as before. However, much like the ride-hailing app Uber, Airbnb is facing increasing global scrutiny from legislators across the globe. This is thanks to the effort of the heads of the hotel industry, who have seen room sharing services, such as market leader Airbnb, as a long-term threat.  Commenting to the Financial Times, Jean-Bernard Falco, head of Ahtop, a leading French hotel industry group that has been fighting for tighter regulations says “There is a revolution in the [hotel] industry, but the new actors simply have not been respecting the rules. “We are educating policymakers in the damage this is causing” he said, adding that recent amendments to the law were only the beginning of what they hoped to achieve. With the passing of this most recent law, Airbnb is required to send tax data to the French government, who have succeeded where Greece failed, rather than having to rely on each individual user of the service to provide this information.

It is clear to see that this debate on the legality of Airbnb’s services is now making headway and will inevitably change the behaviour of Airbnb across the world. How it reacts, how governments change policies, and whether changes will affect users or the company itself is yet to be seen. Prepare for other countries to follow in France’s footsteps and Airbnb to adapt accordingly.